Texas Plenty, my other blog, gets its name from wanting to think about Texas in a plentiful or abundance mindset, as opposed to a scarcity mindset. That, if we think through some of the big questions properly, we can create a situation where most people get most of what they want, most of the time, and so we don't sweat the times we don't.

Relatedly, I've written about how today's Texans don't really have serious competition between the two major political parties. That lack of competition hinders our ability as a state to get to a more plentiful place - not because Democrats always have the right answers, but because real competition helps fix each side's blindspots.

A big hurdle to that competition is Texas Democrats' really poor branding among Texas voters - according to a UT/Texas Tribune Poll from August 2021 only 34% of Texans have an even somewhat favorable opinion of the Democratic Party. The last time Texas Democrats won the State House was in 2000 and, lest you think this is all about gerrymandering, the last time Democrats won statewide was in 1994 - that's the longest statewide losing streak for Democrats in the country. It's almost seems like no matter what Texas Republicans do, they are always seen as the lesser of two evils.

I'm not sure exactly what it is, but us Democrats need to try and do something different - for the Party's sake and, because competition makes Texas better, for Texas's sake.

This year, my goal is to write out some more concrete policy ideas that I think Texas Democrats should adopt that would both achieve our end goals and would be more popular than what we've adopted in the past.

But it can't just be about policy. We've got to get the marketing right. And I want to take a moment to highlight three themes that I think Texas Democrats should highlight every time we talk: freedom, family and fun.

Now, obviously, I don't think Texas Democrats are an anti-family, fun-sucking, and freedom hating bunch - in fact, as I'll try to demonstrate, I think our policies are very much about freedom, family and fun.

But I do think we can get so caught up in trying to deal with some really serious questions, that we come off as serious debbie downers. And as much as some candidates like to play that fear card, I think selling hope in a better tomorrow is still the way to go.

This is less of a data post and more a classic "hot take".

Freedom is one of the most foundational ideas in America. The most famous line in our Declaration of Independence has freedom ("Liberty") as second only to "Life" in the list of "unalienable Rights" endowed to us by our Creator:

We hold these truths to be self-evident, that all [people] are created equal, that they are endowed by their Creator with certain unalienable Rights, that among these are Life, Liberty and the pursuit of Happiness

And there's actually a long history of freedom being a value contested by both political parties. We know today that Republicans trumpet freedom. But in 1941 President Franklin Roosevelt argued for four specific freedoms in his State of the Union: freedom of speech, freedom of worship, freedom from want, and freedom from fear. Norman Rockwell did a set of paintings illustrating these freedoms.

(If you want to learn more, check out this Ezra Klein interview with author and historian Louis Menand on the topic.)

From what I can tell (again without data), somehow these days, protecting/promoting freedom seems to have become a Republican selling point - especially the "don't tell me what to do" kind of freedom.

But there's no reason Republicans should own that lane. Here's how I see it: Texas Democrats want our families to have the freedom to live/travel/build their lives wherever and in whichever way is best for them. That's real freedom.

Building this resilient Texas ensures that we can live truly free lives.

I'm going to go a bit out of order, but that's because fun and freedom are somewhat related. If you're the average Texas Democratic activist, and you go back and read through the bullet points that I listed, you might think to yourself, "yeah, these do promote freedom, but more importantly they're just the right thing to do and even if these set of policies took away from our freedom, we should do commit to them anyway."

Now, I won't argue that everything we want can be reframed as freedom maximizing - all values have tradeoffs. But (and again, this is my perception), I've noticed that Texas Democrats too often frame the sacrifice for the common good as a benefit rather than what a sacrifice actually is, which is a cost.

A great example of this phenomenon is climate change. Whether you're advocating a carbon tax or the broader "degrowth" philosophy (a long term movement against "excessive" consumption), Texas Democrats can end up advocating for less - smaller homes, smaller/fewer cars, less food, less energy, etc as a benefit or virtue in and of itself.

Now, on the merits, I don't think we need to have less. Saul Griffith, an Australian American inventor and MacArthur Genius Fellow ran the numbers and he seems to think we can have enough energy to heat our large homes, drive SUVs and power the Internet. And if we achieve the dream (energy that's too cheap to meter), we could start taking out all the carbon dioxide out of the atmosphere without any change to living standards. At that point I wouldn’t even be that upset with the “rolling coal” guys. (We'll just pull it right back out!)

Instead, to the extent possible, we should constantly be framing our policies as fun and plentiful. In this case, we've made some frankly incredible strides in reducing the cost to produce renewable energy. We should continue to focus on making abundant, clean energy, and let folks use that energy in whatever fun ways they'd like.

I'm personally a fan of hover boards and flying cars.

Lastly, I want to make a quick note about families. As one of the oldest human experiences and one that continues to resonate strongly with so many Texans, it makes sense to highlight exactly how our policies will help families.

As Texas Democrats, I think we generally keep families top of mind more than the first two themes, but I still think we could be better.

On Beto O'Rourke's issues section, I found families referred to on six out of the 14 issue pages. That doesn't mean our issues aren't relevant to families - public safety, energy leadership, and high quality jobs are all incredibly important to families. But none of those issue sections had the word explicitly stated.

Democrats have been branded as the anti-family party because we’ve supported all the various shapes and sizes of families. While we should continue to push back against this frame, we should also explicitly talk about how our policies support families.

For example, when discussing high quality jobs, O’Rourke could easily edit this section:

How is it that over 40 percent of Texans don’t make a living wage?

As a former business owner in my hometown of El Paso, I created dozens of high-skill, high-wage jobs that one might not expect to see in a border community. As governor, I will make the investments necessary to help entrepreneurs create great jobs in EVERY part of the state.

How is it that over 40 percent of Texans don’t make enough to support a family?

As a former business owner in my hometown of El Paso, I created dozens of high-skill, high-wage jobs that one might not expect to see in a border community. As governor, I will make the investments necessary to help entrepreneurs create great jobs that can support growing families in EVERY part of the state. [emphasis mine]

Where to go from here

My pitch to you is that if you're a Texas Democrat and you're talking to an independent or persuadable voter, focus on explaining how what we're trying to accomplish will expand freedom, support families, and just make life more fun.

And if the policy you're advocating doesn't seem to do those things...well either get a new policy or pitch something else.

As always, your feedback is greatly appreciated. You can email me at [email protected]. 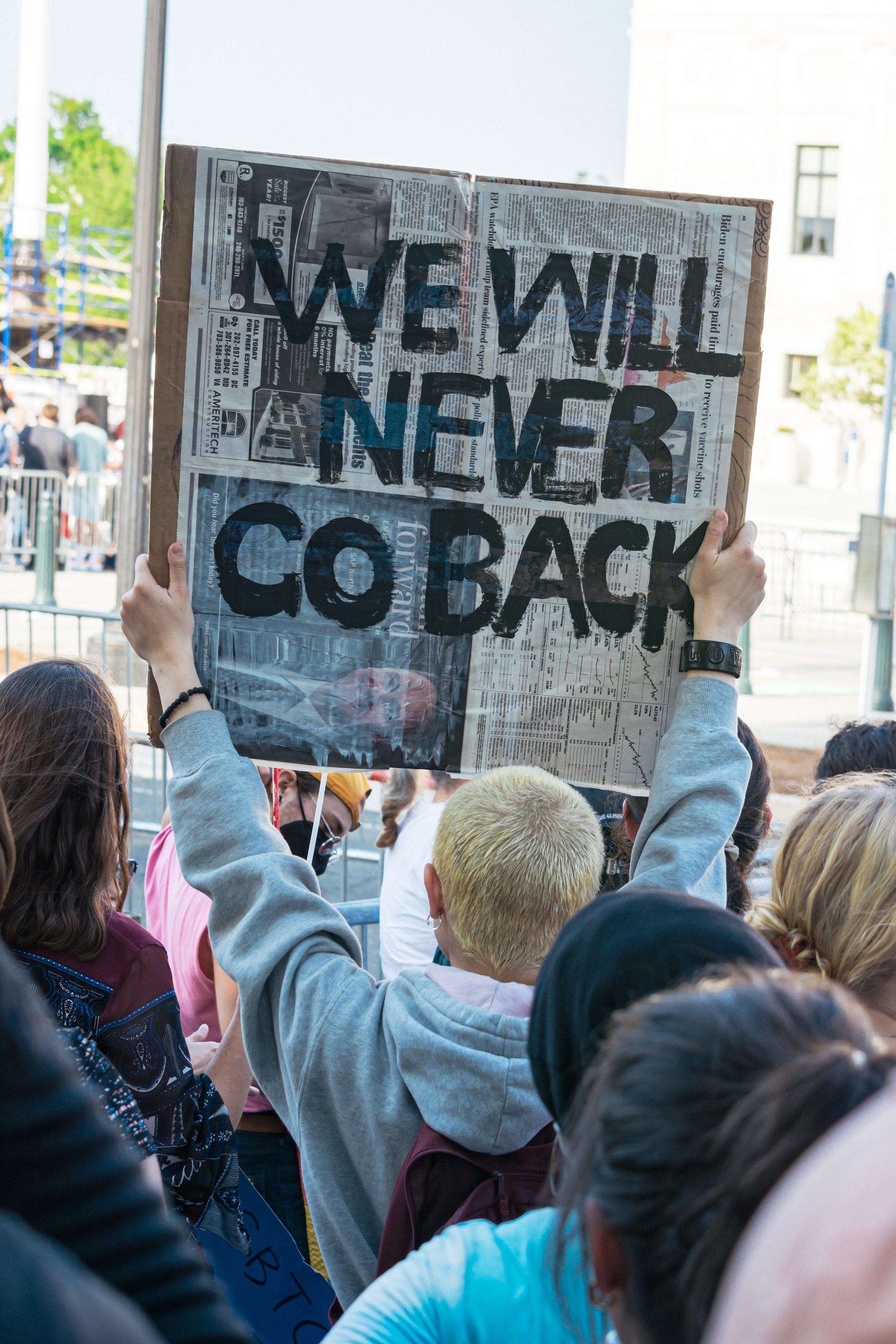 Despite his best intentions, Dan Patrick still has to play nice with the Speaker and Governor. He should change that and Democrats should help.